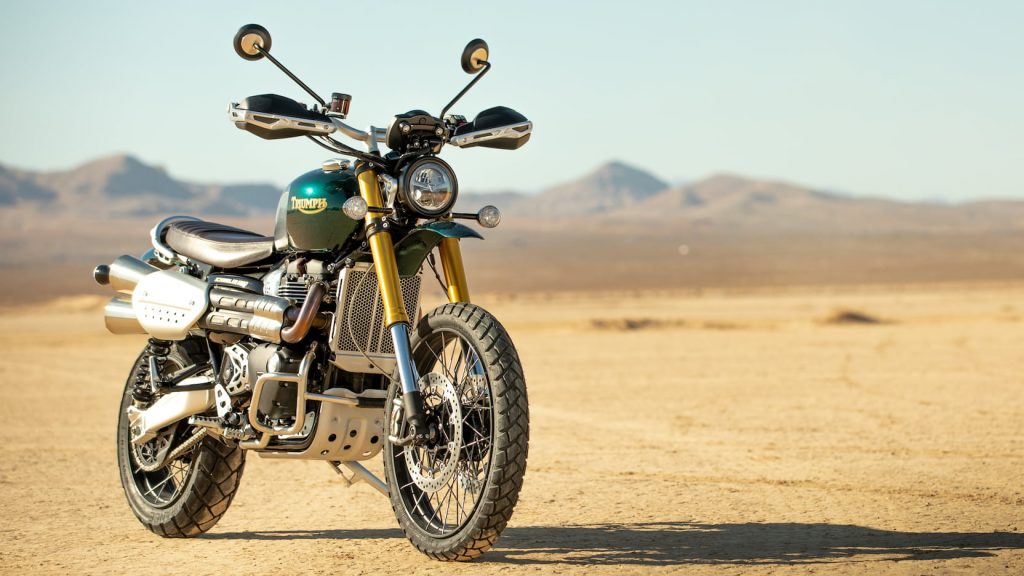 Triumph’s Serial No. 0278 of 1,000 2022 Scrambler 1200 Steve McQueen Edition motorcycles will be offered for public sale on Saturday, August 14 in Monterey, California, at The Daytime Auction with all proceeds from the sale donated to the Boys Republic, a private, nonprofit, nonsectarian school and treatment community for troubled youth. The motorcycle is one of an exclusive run of just 1,000 produced globally and boasts a serial number that matches the number plate ran by Steve McQueen in the International Six Days Trial (ISDT).

It was back in 1964 when actor and motorcycle rider Steve McQueen, “The King of Cool,” helped to form and fund the first official Team USA to enter the famed ISDT motorcycle race held annually in Europe. His team members included Bud and Dave Ekins, Cliff Coleman and John Steen, all of whom piloted their very own Triumph motorcycles in the harrowing and iconic race. Their efforts across the pond were highly publicized, with countless magazines and news outlets including prominent feature articles about the race within their pages. As a result, imagery of McQueen atop his No. 278 Triumph at the 1964 ISDT remains prolific even today, and the Triumph brand has retained status as a household name with relative ease throughout the past half-century.